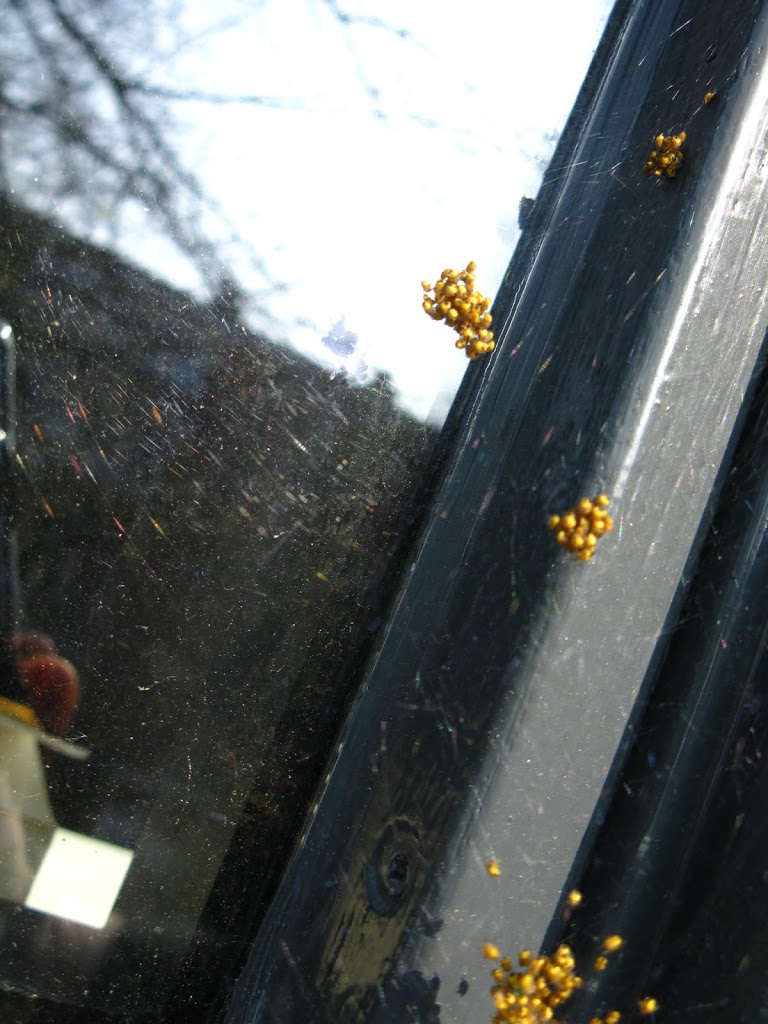 By: faceinthecrowd
In: Arachnida, Biology, Estórias
Tagged: featured, Spiders, Stories
With: 0 Comments
This is a continuation of the spider tale

Going back to those days when I kept myself observing and rushing to my bedroom window to check for Madame Diadematus…
Me and my spider…. By observing ‘her’ I end up thinking of how solitary she was and … thinking further, if spiders have a social life.
Of course I turn to the web, did my search and in fact they do exist.
1st I landed on wikipedia, on Social spider page.
2nd somehow landed on a paper http://www.sciencemag.org/content/216/4543/319
3rd on a couple of labs doing research on this subject, for example http://www.spiderlab.dk/social-spiders.html. Although a rare trait among spiders, it can happen! There are a few species that indeed share web, nests, capture preys together and there is also evidence of cooperative breeding. Some other species are not permanently social but can have a social period in the juvenile stage, before dispersing. (source: the last link has some references, e.g. Whitehouse & Lubin 2005)
I will not go deep into any of this for now. I just want to share some of what I observed. More information can be found by following the weblinks.
Going back to my window:
After some time, Madame Diadematus disappeared. I was also away for some time, so I lost track of events. … but one day in April the eggs hatched. One day they were born…they must have :). If you look at the pictures you can see groups of tiny spiders clumped together.
These little spiders were grouped together for some time, a few days. Every time some strange ‘foreigner’ web vibration occurred they would disperse a little and then when all was calm they would form the groups again. I did not check whether the newly formed groups would keep the same individuals or if they would randomly regroup again…would be nice to check on that! Although I have to say that the spread was not huge…. I thought to myself that this is a kind of social gathering. …or not? Well as aforementioned… they do aggregate right after hatching. I would speculate that …yes, it seems so…but this should be properly tested  😉
They were together I suspect for protection (?). Maybe by grouping themselves they can simulate a larger body and predators (maybe birds? I do not know if they have predators though…) would ‘think twice’ (?).
They were yellow and had a black stain (see pictures). On the other hand would this can attract insects(?) Not sure of what/if they ate! 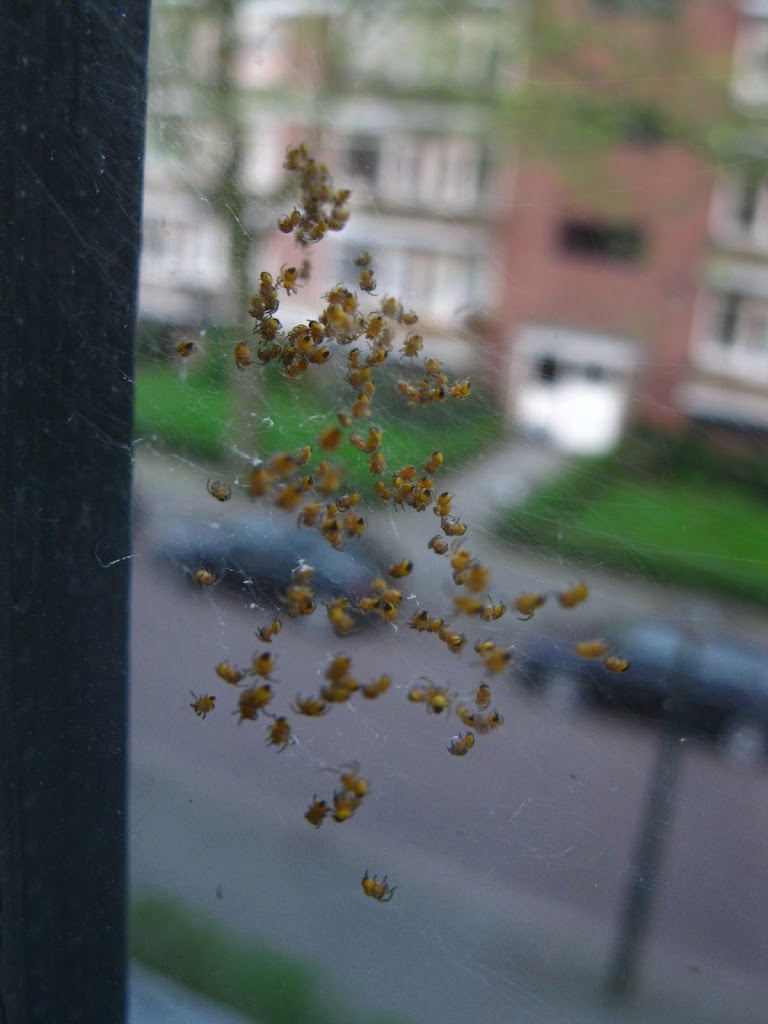 One day the little ones spread and went away. A few days (maybe weeks) later I realize that I have two spiders…one on each corner of my window… probably from those little-one’s groups.
More information and photos:
2013-02-22
Previous Post: Bodysnatchers
Next Post: Backyard Friends …a new set of story tales